Apple naturally keeps the same iPhone camera design for two years before making any changes, but that policy is being thrown out the window in 2020. After introducing the iPhone 11 Pro triple-camera system last year, a new leak reveals Apple’s is working on adding a fourth sensor. 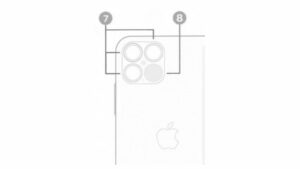 The image comes from was from Concepts iPhone, who says they obtained the image from iOS 14 who has previously leaked details about upcoming Apple products. The image appears to have originated from some sort of user guide or repair guide, but we can’t know sure.

From the image, we get a clear look at what will apparently be the camera array for the iPhone 12 Pro and iPhone 12 Pro Max. This includes Wide-angle, Ultra Wide-angle, and Telephoto lenses with the addition of the LiDAR Scanner from the 2020 iPad Pro. The main camera and telephoto shooter remain in the same places as before but seem to have grown in size a little, perhaps as part of Apple’s plans to incorporate larger sensors.

Don’t expect a USB-C iPhone this year, either. The latest information suggests Apple will actually skip the port entirely in favor of a port-less iPhone that could debut as early as next year in the form of the iPhone 13 Pro Max.

Mobile banking to operate via Zimswitch

ZIMBOCASH says they had stopped payments to counter scammers